<
>
The Economic Partnership Agreement (EPA) is an establishment between CARIFORUM (Member states of CARICOM and the Dominican Republic) states and the 27 member states of the European Union for reciprocal (two-way) trade signed on the 16th day of December 2007.
The objective of this agreement is to contribute to the reduction and eventual eradication of poverty, promote regional integration, economic cooperation and good governance.
​
This agreement was negotiated under four technical negotiating groups:​The EPA promotes the gradual integration of the CARIFORUM states into the world economy, improving the CARIFORUM states’ capacity in trade policy and trade related matters. It also supports the conditions for increasing investment, and strengthens the existing relations between the Parties on the basis of solidarity and mutual interest.
EPA contains a strong development component with clear links to development aid for adjustment and modernization of CARIFORUM economies. It grants CARIFORUM States considerable concessions in market access for both good and services. Products originating in the CARIFORUM States shall be imported duty free into the European Community. In addition to expanding its exports of goods and service, the EPA also provides investment opportunities to private sector in CARIFORUM.
Download Economic Partnership Agreement
The Revised Treaty of Chaguaramas establishing the Caribbean Community and the CARICOM Single Market and Economy (CSME) signed in 2001, governs trade relations in CARICOM. CSME allows the free movement of SERVICES, GOODS, PEOPLE and CAPITAL across the Member States of the Caribbean Community, by removing all barriers to trade and impediments which could restrict one’s right to provide services.
The agreement facilitates the following: 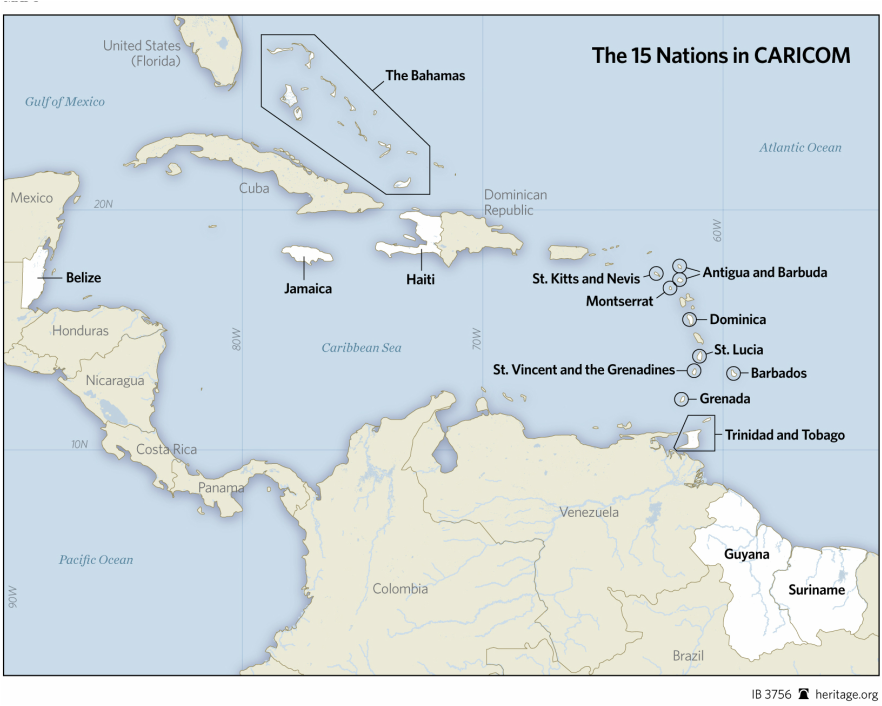 Download Treaty of Chaguaramas
The Partial Scope Agreement (PSA) is an agreement between the Government of Belize and the Government of the Republic of Guatemala signed on the 26th day of June 2006. A PSA is a reciprocal (two way) trade on a small number of goods
The objective of this agreement is to strengthen the commercial and economic relations between the Parties through:
In this agreement the Parties agree to REDUCE or ELIMINATE customs duties in connection with importation of goods. Guatemala imports products that Belize can easily supply on a consistent basis. These include:
The PSA also provides for the promotion of investment between both countries, facilitating joint ventures and the issuance of necessary permits, licenses, and contracts for technical, commercial or administrative assistance relating to investments.
Reference
Download Belize-Guatemala Partial Scope Agreement
The Caribbean Basin Initiative (CBI) was an independent program in the United States of America that was initiated by The Caribbean Basin Economic Recovery Act of 1983 (CBERA). CBERA provides duty free entry of textile goods and certain non-textile goods into the United States from designated beneficiary countries. However, CBERA was later expanded in 2000 to the U.S-Caribbean Basin Trade Partnership Act of 2000 (CBTPA), which also provides duty free entry of textile and certain non-textile goods into the United States. Collectively, these two acts are known as the Caribbean Basin Initiative which is a vital element in United States economic relations, intended to facilitate the economic development and export diversification with Central America and the Caribbean. It also aims to expand foreign and domestic investment in non-traditional sectors, thus expanding their exports. Central America and the Caribbean will continue to export under the CBI until September 30th, 2020.
There are twenty-four (24) beneficiary countries under the CBI, inclusive of:


Products eligible for duty free entry into the United States and Caribbean Basin Companies under the CBI are as follows:
Products are deemed eligible for CBI duty-free treatment if the following conditions are met:


In addition, the cost or value of materials produced in the customs territory of the United States (other than Puerto Rico) may be counted, but only to a maximum of 15% of the appraised value of the imported article. The cost or value of materials imported into a beneficiary country from a non-beneficiary country may be included in calculating the 35% value-added requirement for an eligible article, if the materials are first substantially transformed into new and different articles of commerce and are then used as constituent materials in the production of the eligible article.
Download Carribean Basin Initiative PDF
A statutory body of the Ministry of Finance, Economic Development & Investment of the Government of Belize
© COPYRIGHT 2019. ALL RIGHTS RESERVED.